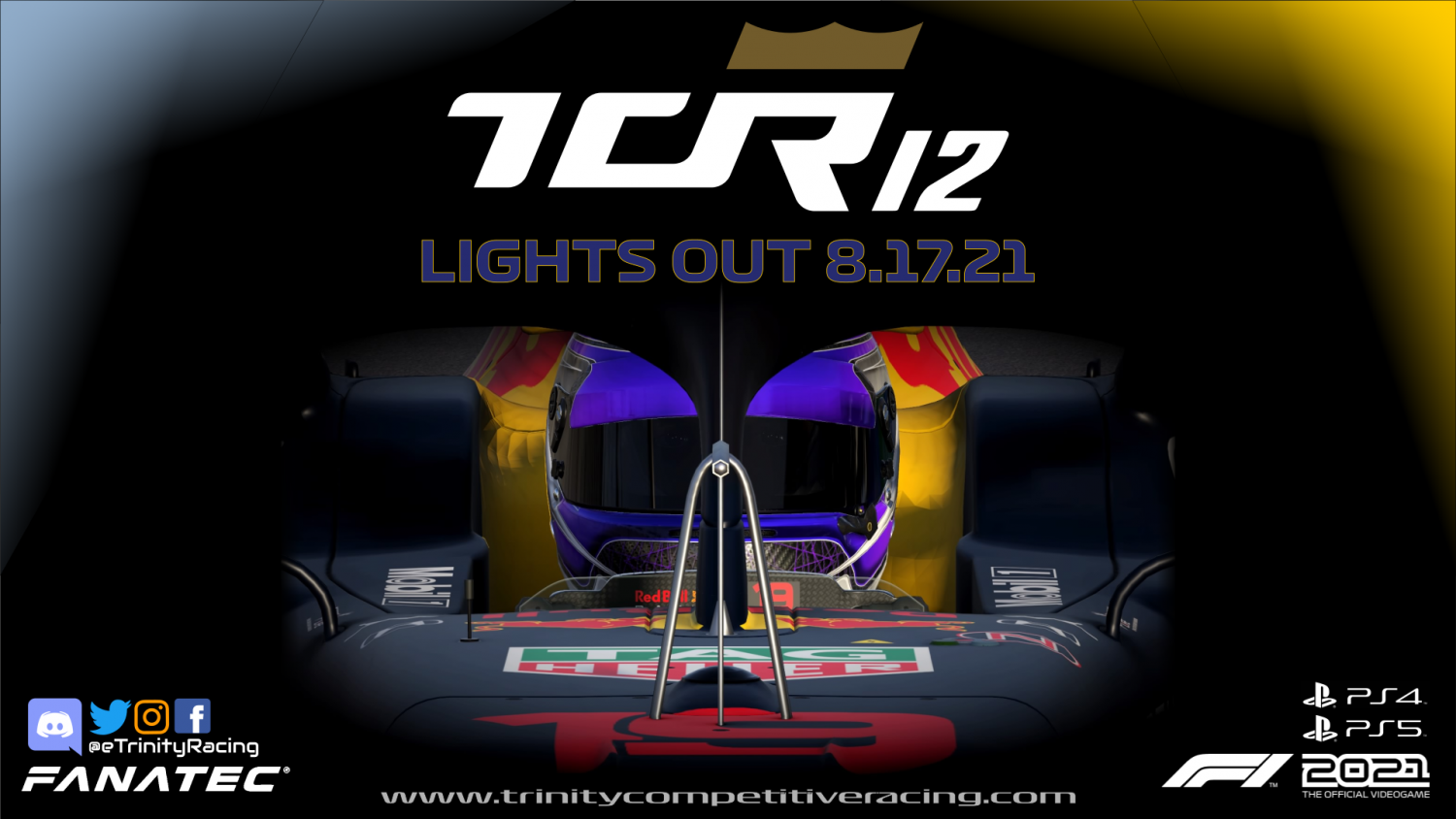 My name is JB, yes that JB, the one who shouts about racing cars on the internet too much. I’m normally found in the Platinum Class Commentary booth, and I would rather be no where else! I guess I should tell you a bit more about myself though.

Well, as my accent will show you, I’m from England, I’ve followed Motorsport since day one! Absolutely in love with the sport. So much so, in June 2018, I decided, I’ll give marshaling a go. That’s fun, but a story for another time.

In 2016 I started my first F1 league race. Hockenheim in the McLaren honda. It didn’t go well…
After a few more tries, I was starting to get the hang of it, when they asked me. “hey, wanna try coms?” I graciously agreed, and the rest is history. But I do still race from time to time. It still often, doesn’t go well…

I’ve spent a lot of time around Motorsport, but my earliest memory of Motorsport was the British Grand Prix in 2008. As an advid fan of the British drivers in Formula 1, I was so excited see Hamilton dominate the rain at my favourite circuit in Motorsport!

But just a year later, I discovered my favourite ever racing car. The Brawn GP 001. Just writing about it now brings a smile to my face. Not only was it the most beautiful car of that year. It also housed my favourite driver ever. Jenson Button. So this car was quick, and it made me understand the importance of never giving up. Of when all the cards are down, to push on and prove to everyone you can still go on. I’m sure you know the story of Brawn.

Though Brawn brought me my favorite car ever in the whole of Motorsport.

My favorite team has always been McLaren. I absolutely adore McLaren, from when Kimi would storm through the field in the car, to Lando and Carlos singing… really badly over the radio. I’ve stood by them for so long. I followed them before Jenson joined them, but when they joined forces, it just made me feel even prouder to say. “I am a McLaren fan!”

I think by now you may be wondering, “JB, by any chance, is Jenson Button your favourite driver?” Yes haha, he is. He’s a driver who I’ve always enjoyed watching. Never a dull moment with Jenson on track! One of my first events I marshaled was the World endurance championship, 6 hours of Silverstone. Within that I got to see Jenson drive an Lmp1 car in anger, it was magical…until the turbo broke and be couldn’t race again. He’s a driver I think I’ll follow until he retires. I’ve followed him to Super GT, and then now to eSports. But where next? Indycar? Oh that would be magnificent wouldn’t it? My dream job would actually to be a real life Motorsport commentator! To be honest, I love doing the job, having a laugh with my co comms, and being the voice to help the public understand what is happening. Dreams are fantastic aren’t they?

My TCR story started a year ago, back in Season 7. I joined the team after Jones messaged me asking for a chat. He asked me if I knew of any commentators like myself, after he’d found me doing commentary on another Formula 1 league. Instead of finding someone like myself…I offered him myself. And after he spoke with the admins, they agreed to let me have a go. So, I stayed up late one Thursday night, and got stuck in. I guess I did a good job, because I was invited back.

My favourite race I’ve ever done commentary for TCR? Oh man, that’s a question. There’s a few of course. My first coms for Platinum back in Season 7. My the tcr grand Prix at Monaco. Both great races. But…My favourite race was the TCR tribute to Anthoine Hubert. As I said in the stream, I was quite emotional during that comms. It was a commentary I didn’t think I’d have to do. But I was so glad that all the TCR guys agreed to join forces on that Wednesday, and race at Monaco in the 2018 F2 cars.

My name is Dmitry and I currently enjoy the privilege and the pleasure of being the main commentator for Gold Class in TCR, as well as driving and competing for the championship in the Silver Class. I joined TCR at the start of Season 9 with a lot of league racing experience but absolutely 0 commentating experience at all, never having expected to become a regular in the booth on Wednesday nights and enjoy it as much as I do now.

I was born in Ukraine but my parents couldn’t sit still anywhere so I grew up in the Middle East before moving to Canada at 15 years old. I speak 4 languages which I have discovered to be more a detriment than a help in the booth, so please excuse my weird accent and the odd mispronunciations of words. I have only commentated on about 9 or 10 races in total so I am still learning from my mistakes, and I always welcome feedback so please let me know how I can do better!

The biggest highlight of my commentating career so far was definitely having the chance to commentate on the second running of the TCR Grand Prix in Season 9. This being an exclusive event with a different qualifying structure and broadcasted on all social media channels, I was very honored to be selected after just a few races in the booth. Huge thanks again to Christopher / Cfreeze22 and all the league officials for giving me the opportunity to discover this amazing new hobby I am now pretty much addicted to!

I started watching F1 races and other Motorsport events around 2006, thanks to satellite TV that had all the US & European channels and sports. My first memories of F1 are Michael Schumacher retiring (NOT lol), Vettel joining the sport and Alonso being at his absolute prime! My favorite F1 car of all time was the Brawn GP BGP001, just because of how smooth it looked to take corners at high speeds and getting good rotation at low speeds. I was heartbroken when the team was done after that season!

My favorite team however has to be Torro Rosso / AlphaTauri. They came into the sport when I first started watching the GP’s and they have always focused on promoting young drivers and underdogs like Ricciardo and Albon. They are one team that seems to just want to race and not get too much into the politics of things, and I am all for that!
Favorite Driver – I could never pick just one. My main idols in F1 are Alonso, Raikonnen and Ricciardo. I also have massive respect for Senna and Lauda in particular for their bravery and racing styles.
Dream Job – PR Manager for any F1 team!
Dream Car – Lotus Exige S. I love taking corners at ridiculous speeds.

Checkout the TCR Shop for our newly added stickers! Dismiss